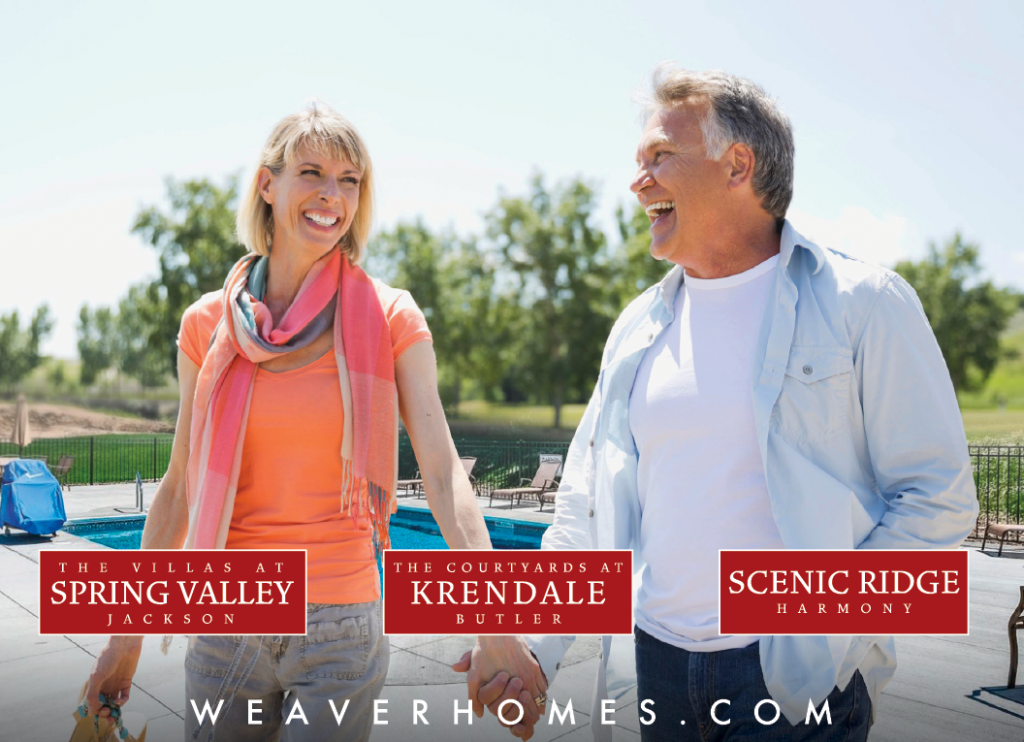 Last month my best friend Thom came across an article in the Wall Street Journal (WSJ) with a headline that said, “Everybody Says You Should Downsize. Everybody May Be Wrong.” We both found that statement to be so incredulous that we had to reread it. And we weren’t alone in our surprise. Most of the other comments online also questioned many of the negative points offered in the article. Clearly the author herself had not downsized and it was also obvious that her focus came from an outdated definition of the concept. Naturally that got me thinking that maybe most of us approach the topic from the wrong direction to begin with. Instead of thinking of it as “down” sizing—maybe we should consider it to be “right”-sizing. And once we get the label right—it is much easier to consider the real benefits that come from living a lifestyle that is right-sized from the beginning.

Thom and I didn’t start out searching for a way to right-size. In fact, it wasn’t until about five years ago that the shift inside us began. Just like many people at the time, we never actually considered that there was a difference. Up until that point we were like many Americans who thought success was having a large impressive house, all the money necessary to buy things we enjoyed, and work that would continue to make more and more money to keep that lifestyle growing. But what might have made us different from many of our fellow Americans was the awareness that at some point something had to give. Growth without adjustment is unsustainable. Striving for more and more at all cost is unnatural. Breathing in, without breathing out, just doesn’t work for very long.

We suspected that the American economy was headed for trouble. Most people we knew were deeply in debt (luckily we’d learned that lesson during the previous recession). Real estate prices had exploded to unrealistic highs with mortgage terms that few people could ever pay back. The square footage on most homes had swelled from 1,400 in 1970, to 2,700 in 2009. By the same token, both men and women in America packed on weight, on the average, of around 20 pounds more than they did back in 1990. Our country was addicted to bigger, more, and growth at all cost, but something needed to change.

Maybe because Thom and I have been self-employed for most of our lives and have spent quite a bit of time on self-awareness and reflection it helped us to see what was heading our way and embrace the shift looming on the horizon. Whenever anyone senses something like that happening, it’s best to figure out a way to flow with, or ride, the wave that is surely coming.

That’s when Thom and I sat down and started redefining what was important to us and where it was we wanted to go. Thom has always been attracted to the green and sustainable movement, and particularly how that fits within the real estate world. He convinced me that energy conservation and sustainability needed to be part of the future of our country, the planet, and our lives.

We also realized that having a big house in the suburbs packed with amenities wasn’t really that important to us. Instead we craved community, walkability and connection. The more specific we got about what was important to us and what we wanted to experience in our lives on a regular basis, the simpler the solution. Right-sizing was the path to creating a lifestyle that uniquely fit what our hearts desired.

While that explanation might make it sound like it was an easy solution—it really wasn’t. It took several years and is still being fine-tuned nearly every day. Truthfully, in the beginning we thought we’d just scale our lifestyle back a bit. While our mortgage was never excessive, our original goal was to cut it in half. But as time went by, and we got more and more clear about what it was we really wanted, the idea of having a home with no mortgage or association dues became more and more desirable. That decision saved us $1,600 per month.

To be honest, in the beginning some of it felt like compromise. I was under the impression that going from a big house to less than 1,500 would be unworkable. But when we found a house in a neighborhood that we really liked—that contained a number of benefits that we were convinced were highly valuable to us—we bought a house at nearly half the size of our previous one and have been happy ever since. Something I discovered was that even more important than square footage of a house is the layout and location. If you take the time to find a layout that works for you, the size is usually secondary. And if the neighborhood/location is good and close to things you find important, then the value is greatly enhanced.

Another thing that most people don’t realize is that the larger your home, the more you need to furnish and maintain. A more compact house doesn’t need to be filled with as much stuff (there is NO WHERE to put it!) When you take the time to carefully furnish and decorate your house with only a few things that you love and need, it frees up both your mind and your heart to focus on those things that bring you happiness.

In addition to needing less inside your new smaller home is the advantage of far less maintenance and utility costs. Most people seldom consider the true costs of what it will take to cool, heat or light up their property until after those first few bills start arriving. Not only did our smaller home come with smaller utility costs, we have also been able to add a number of energy saving features (like solar) that has practically eliminated our energy costs. By rightsizing our house size, we’ve managed to save another $250 dollars a month in that department. And don’t forget taxes, insurance and general maintenance. Those amounts save us another $250 every single month.

Something else that felt a bit like a compromise in the beginning was the small yard that came with our new house. The yard at the last house was twice the size and contained a lovely pool, spa and grassy lawn. While it was certainly beautiful and I was quite proud to own the previous property—a person shouldn’t forget the ongoing price to maintain those amenities. Specifically, that previous yard w/pool cost us on an average around $550 per month. Truth be told, we seldom swam in the pool or used the yard. On top of that, we routinely spent time and energy managing the gardeners, pool man and ongoing repairs. At our new house we designed our desert-scape yard that we maintain ourselves. After taking the time to create it right from the beginning, it is not only beautiful, but we feel more connected to it than our previous yard because we take care of it ourselves. Sure it’s nice to be able to have a gardener, a pool man and other helpers, but all that takes both money AND time.

So how much did we save? Here is a breakdown of the amount we save every month by living a “right-sized” lifestyle. (FYI…I’m not trying to boast by sharing these numbers but rather encourage people to be honest about what their lifestyle is actually costing them. With the right knowledge it is easier to make changes.)

Of course the biggest point I want to make about right-sizing is not just about the money. Sure it’s nice to have extra money every single year to spend on investments or other things we truly enjoy, but the best benefit is how liberating the experience of living debt free turns out to be. By not having a large financial commitment hanging over our head for things we didn’t really need and had grown tired of caring for, we freed ourselves to use that same amount of money to follow our dreams and desires and/or to be of help to causes we believe in supporting.

Other highlights from the change include now living in a neighborhood that is tremendously rewarding. Our current neighborhood offers a handful of free amenities that we consider much more desirable than our previous yard and bigger home. We also have a great deal more free time to devote to exercise and creativity that we would have unknowingly devoted to just maintaining a larger lifestyle.

So why do people call such a positive change “downsizing?” As the article in the WSJ pointed out, calling the change a downsize puts the focus on sacrificing and giving up. Instead of focusing on the positive, the idea of downsizing is that something must be “wrong” and you are only doing it because you have to do it.

We prefer instead to know that right-sizing is a conscious choice for a better lifestyle that more closely fits you and your family in the best way possible. It has nothing to do with constant striving toward more or bigger, or putting yourself at risk with unsustainable debt. It has nothing to do with stressing yourself to the max by trying to outdo your neighbors, family or co-workers. Instead, right-sizing is about being honest with yourself enough to figure out what you are spending money on and whether that money is worth the time, effort and spirit you invest earning it. Best of all, right-sizing is about finding what brings your life meaning, makes you smile, and allows you to sleep well and deeply every single night. If you don’t have that now, maybe it’s time to right-size your life.

We found Weaver Homes staff to be very professional and caring. They answered all of our questions and answered all of our calls. Our home is beautiful and well constructed. We would recommend them to anyone looking for excellence in a new build home.

We could not be more pleased.

We could not be more pleased with our experience with Weaver Homes and their employees. They are all very professional, personable, and dependable. We have been working closely with our Sales Consultant and she is always available to answer our questions or help in any way. We cannot wait to move into our new home at Heritage Crossing.

Weaver Homes is top notch compared to other builders! High quality homes and amazing staff. Our sales rep is the real deal. Professional but not pushy! Fun to work with!